For many years the United States government has been aware that Homo sapiens is not the only sentient species inhabiting the country. Some other species were native to the continent, while others immigrated along with humans. Early on, these nonhuman species (NHS) were largely ignored when they lived peacefully within human communities. At other times they were deemed a threat and local efforts were made to eradicate them. The federal government was not involved in these early efforts.

During the Civil War, both the Union and Confederate armies recruited members of the NHS, with varying degrees of success.

By the early 20th century, some local law enforcement agencies expressed frustration with their inability to deal effectively with the special needs of NHS. Localized incidents of mass violence occurred in several locations, most notably the Omaha Zombie Epidemic of 1908, the Manchester (New Hampshire) Melusine Drownings of 1911, and the Eugene (Oregon) Sasquatch Riots of 1915.

In response to these incidents, as well as a heightened desire for increased federal control, President Wilson created a new federal agency in 1919 called the Bureau of Trans-Species Affairs. The mission of this agency was to communicate with NHS, to control them, to investigate reported dangerous actions committed by them, and to bring them to justice or eliminate them when necessary. Since then, the Bureau has been quietly active throughout the United States. Its jurisdiction has expanded to include humans who engage in magical or paranormal activities.

Over the decades, a great many dramas have unfolded among the people who work for the Bureau. The Bureau stories are a collection of these tales. Each involves different protagonists and is set in a different era, yet all focus on the adventures and struggles of the Bureau’s agents. These novellas can be read in any order.

All proceeds from the sale of these stories are donated to Doctors Without Borders.

The Bureau Vol. 1 Contains the first three books in this series (Corruption, Clay White, and Creature) at one low price.

The Bureau Vol. 1 is also available in audio book.

The Bureau Vol. 2 Contains books four and five in this series (Chained, Convicted) at one low price.

The Bureau Vol. 2 is also available in audio book. 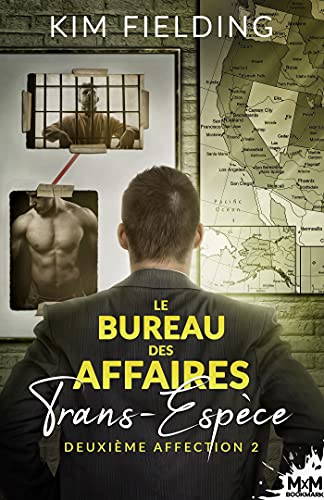 The Bureau Vol. 3 Contains books six and seven in this series (Caroled, Camouflaged) at one low price.

The Bureau Vol. 3 is also available in audio book.